In comparison to common running bases made solely of polyethylene, which is the most common low cost mass plastic, the NIVYLEN ®- material is a new patented copolymer based on a synthesis of different polyolefins. NIVYLEN ® is significantly harder, lighter, stronger, dimension stable and much more resistant to mechanical and environmental stress than polyethylenes. Also the NIVYLEN ®- running bases show up with a revolutionary micro-pore structure, which enables them besides to hold up to 3 times more wax than common bases. Furthermore it implements an intermolecular effect which is tuned to make the surface of the NIVYLEN ®- running bases changing its surface hardness to the snow temperature without a significant influence to the materials flexural strength.

Particularly the NIVYLEN ®- Technology shows a total new approach regarding the achievement of continuous good gliding properties, as the material will not get immediately grey and hairy as polyethylene bases always do, it stays even with low maintenance fresh and keeps gliding in opposite to Polyethylene bases.

After 50hours of permanent riding without maintenance: 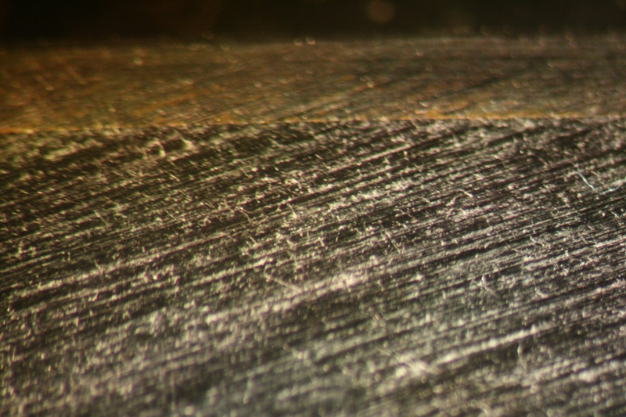 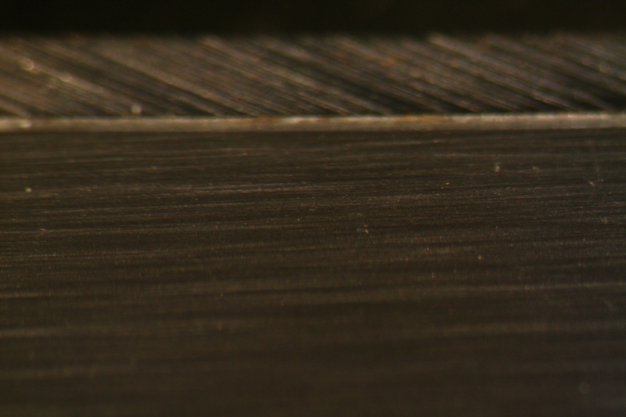 As described above the NIVYLEN ®- running bases show compared to common running bases outstanding properties, which result in the following described performance features.

The NIVYLEN ®-running bases don't get immediately dry, hairy and grey as polyethylene bases do when the wax is gone, they stay gliding as no hairs appear and designs also keep looking crisp.

So the NIVYLEN ®-running bases can even be used with extreme low - maintenance as they do not have to be always waxed for not breaking down, they keep looking good and stay gliding as no hair will build up as common PE bases do then. 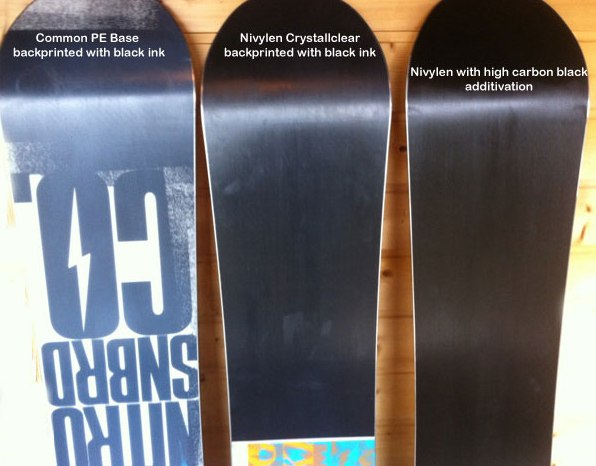